Hit enter to search or ESC to close

Economic Benefits of Electric Vehicles in Massachusetts Over $1,000 Per Vehicle Per Year

Electric vehicles offer a range of benefits to their owners and the communities that house them. Unfortunately, many of these benefits are unfamiliar to most, and some can be difficult to quantify. As electric vehicles increasingly become the mainstream option for drivers, a full accounting of the economic opportunity afforded by the transition will be important to track.

Following is an overview of how to begin thinking about those benefits and their value for communities in Massachusetts.

Potential Reasons to Adjust the Total 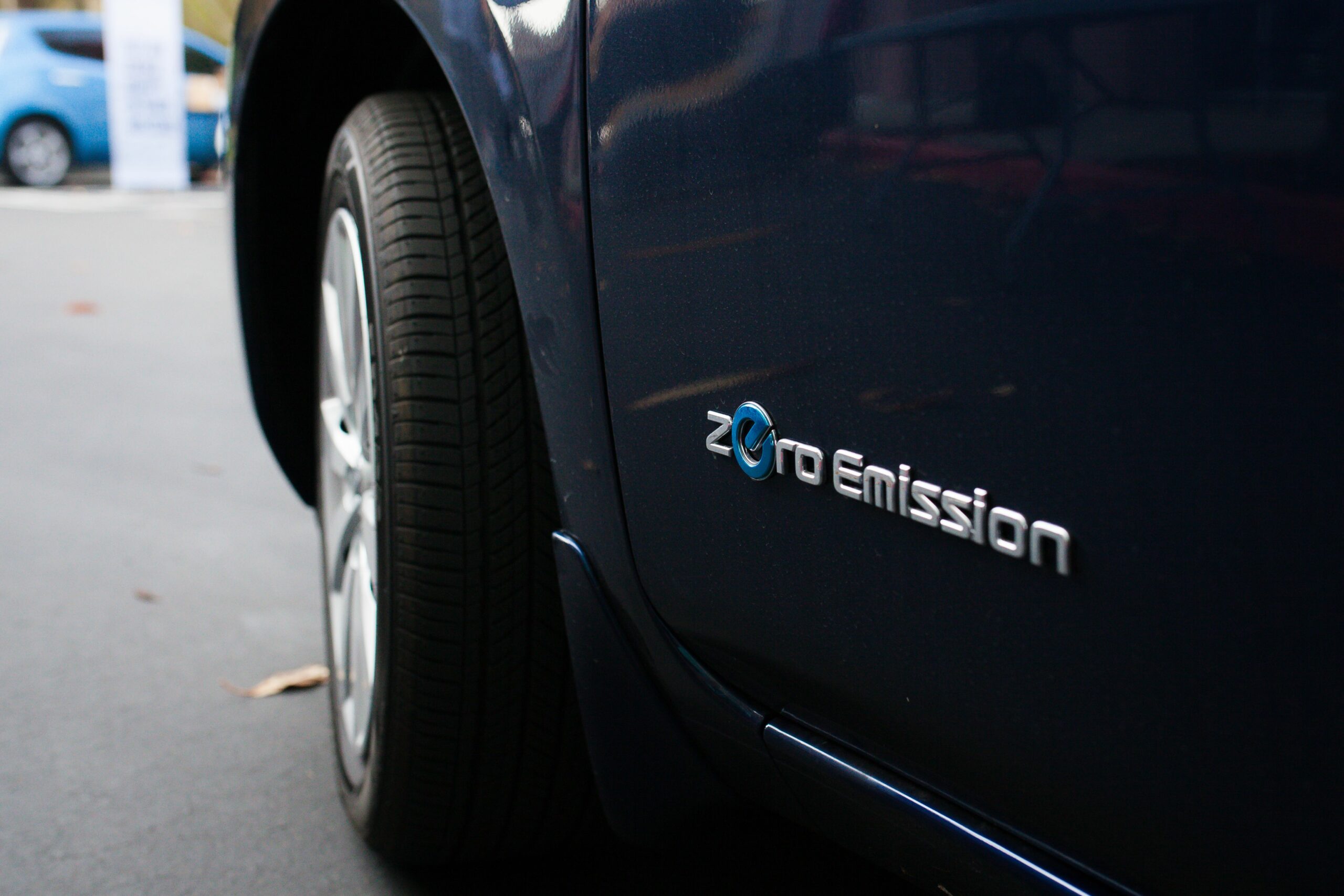 Weighing the Impact of
Gasoline Prices

A portion of the economic benefits listed above come from fuel savings. This number will, of course, vary based on gas and electricity prices, as well as average vehicle efficiency and the number of miles traveled each year per vehicle. Appendix B provides a framework for developing a time-and-location-specific calculation. The number in the summary overview table is relevant for the state of Massachusetts as of October 2020.

What Other Factors Could Increase the Economic Benefit?

This accounting of benefits is not exhaustive. Other EV benefits not quantified here include:

Even though it might be difficult to assign a specific dollar value to these types of benefits, they are significant and will clearly increase the economic value of switching to electric vehicles. Values for some of these benefits, though not specific to Massachusetts, can be found in the studies in Appendix A.

*Peak shaving is the process of reducing the amount of energy purchased from the utility companies during peak hours of energy demand. 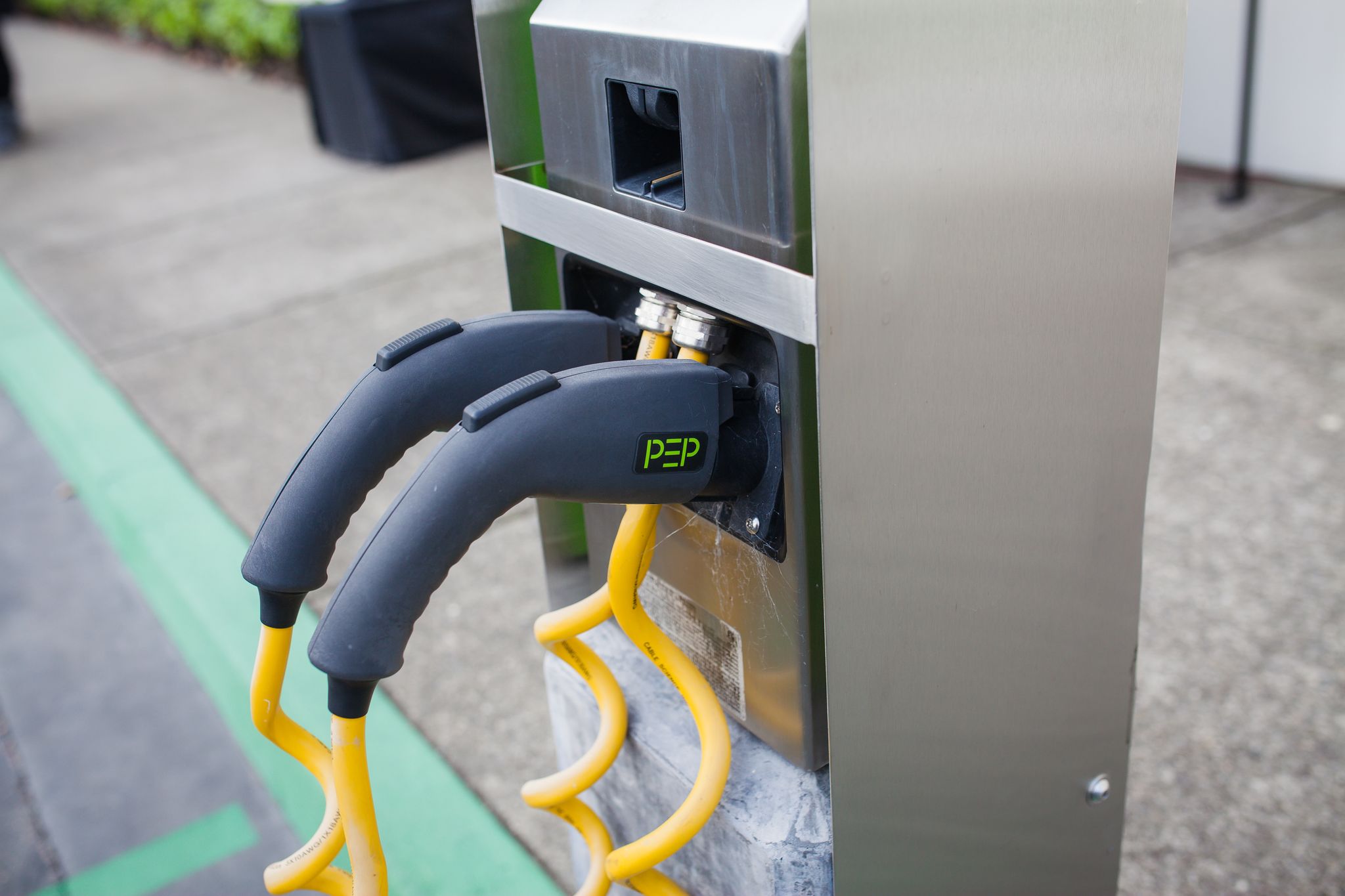 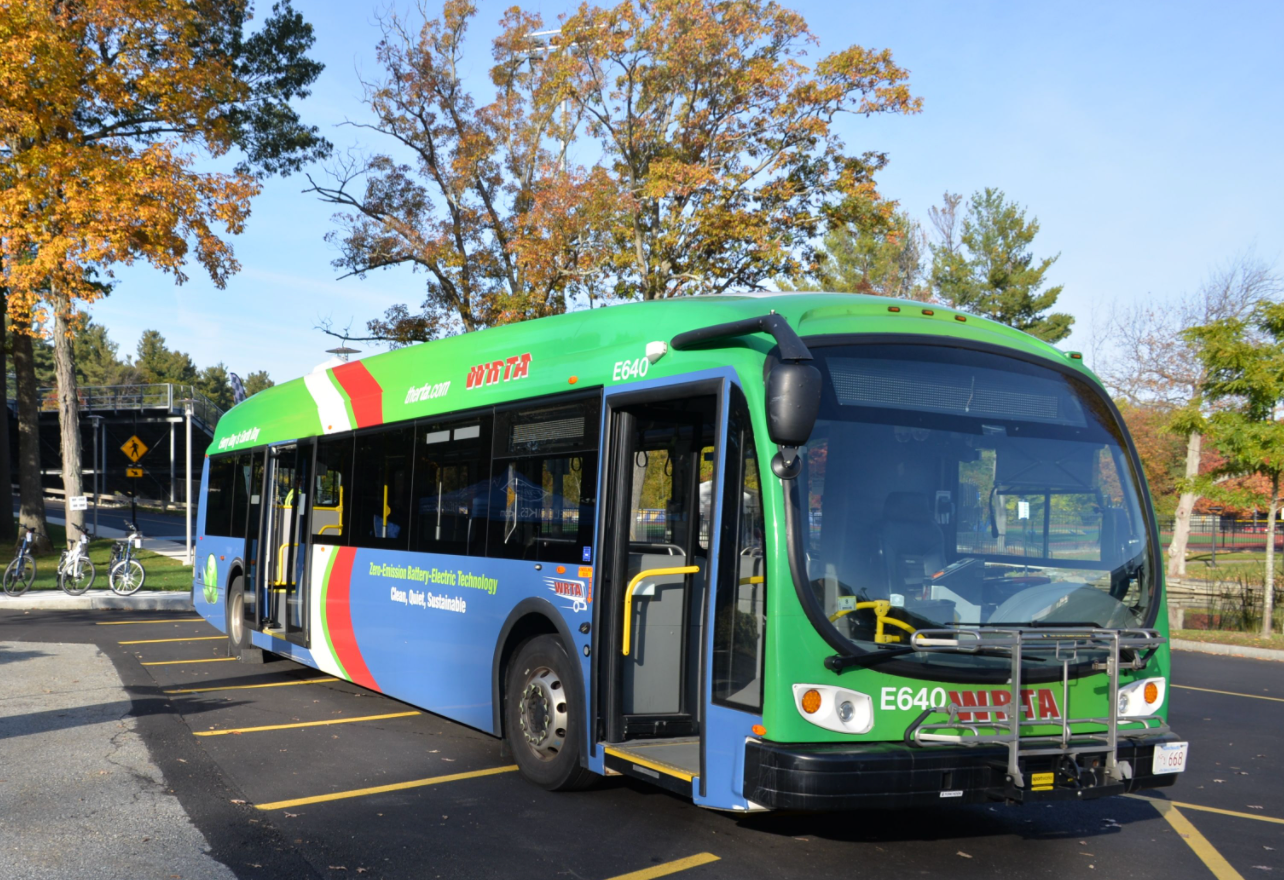 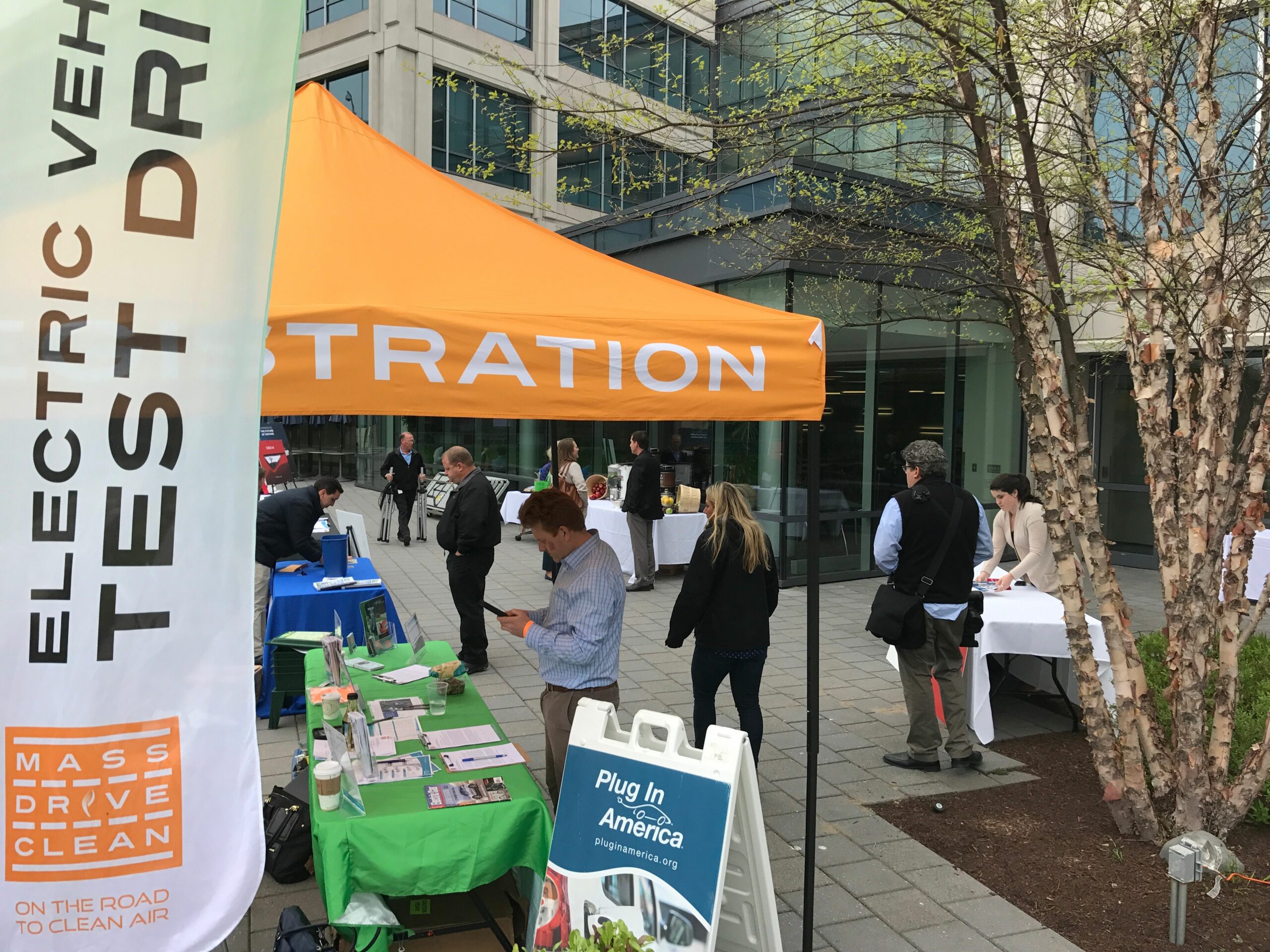 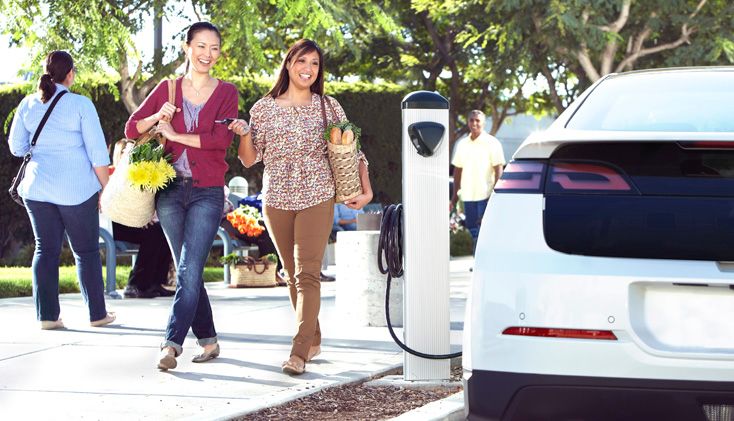 Refining the Exact Benefit for Your Community...

…is left as an exercise for the reader.

Developing a universal, single, and exact number on the economic benefits of EVs is impossible given that the value will vary by location and over time. Moreover, certain benefits may be valued differently in different areas, even within Massachusetts. That said, finalizing a precise number is less important than simply beginning to weigh the many significant economic benefits they bring to the communities where they are adopted. To help people in Massachusetts who are new to EV benefits better understand their relative value, we simply say:

On average, every EV in a community delivers
over $1,000 per year in local economic development benefit

Shepard, Michael. 2016. The $100B prize: Why EVs are the opportunity of the century for utilities. Utility Dive.

Using this framework, we find that the average annual fuel savings per year is $144.

The Consumer Reports study listed in Appendix A says that the EV owners they surveyed (including some with up to 200,000 miles) are paying just about exactly half of what ICE owners pay – 3 cents per mile over the vehicle lifetime. The average Massachusetts car travels 11,759 miles per year, and so will save $353 per year on maintenance.

Consumer Reports said that they expect that 50% savings margin to grow, given that the high-mileage costs are currently based on the very earliest EVs. They also note two other sources already show larger savings, at 53% and 60%.

AAA, using in 2019 what they call an “updated methodology” that includes the cost of a comprehensive extended warranty to determine repair costs, (https://newsroom.aaa.com/auto/your-driving-costs/) reported notably higher maintenance costs across the board – they say an EV’s maintenance costs are 6.6 cents per mile, while overall maintenance costs (ICE + EV) are 8.94 cents per mile. Their per-mile EV maintenance savings are not so different at more than (given the total includes EVs) 2.34 cents per mile, or over 78% of what the Consumer Reports data shows. This number should also grow, as comprehensive extended warranties tend to be overpriced for new-technology vehicles without a long repair history.

The 2016 report Clean Air Future: Health and Climate Benefits of Zero Emission Vehicles (Appendix A, item 8) documents in detail how to arrive at $20.5B of air pollution-related health savings per year (their figure ES3) and 12.8B of climate savings. This study was focused on ZEV states including Massachusetts.

This is under their “ZEV Future” scenario, where 65% of all cars are assumed to be ZEVs – half BEVs, half PHEVs – in their ZEV subject area (their Project Description). This is an increase from a 2015 base of 2% ZEV in an area with 75M cars (Appendix A).

63% of 75M cars are 47.25M PEVs that generate the aforementioned $20.5B of annual air pollution-related health savings. That comes to $434 per car per year, which is the number used in the chart above.

These savings represent the difference in health effects between burning gasoline and generating electricity to drive a PEV replacement (actually half of the replacements are PHEVs so some gas miles are still included, but the report accounts for this). Their study assumed that all marginal electricity generation to charge PEVs is generated by natural gas (Appendix A). This is considered to be an extremely conservative approximation to marginal electricity generation (over the 13-year lifetime of a PEV purchased now) for PEV charging in Massachusetts, which as of July 20 is already 87% natural gas and almost 13% renewables (https://www.eia.gov/state/?sid=MA#tabs-4).

Note that the report also calculated a 100% renewable generation scenario, which increased the per-car savings to $608. This number is not reflected in the above chart.

The report’s climate-related savings, following the same math, come out to be $271 per car.