Hit enter to search or ESC to close
Profiles Massachusetts

By Recharge MassachusettsSeptember 12, 2022 No Comments 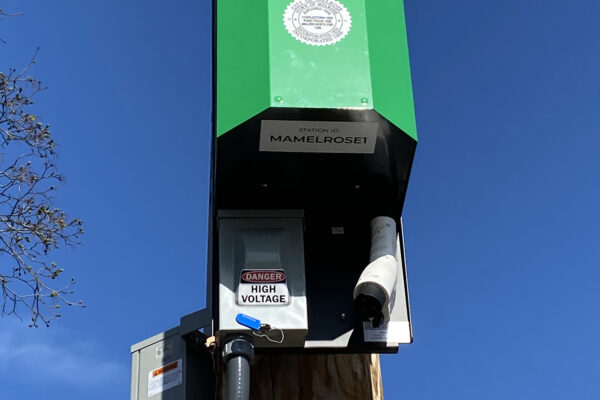 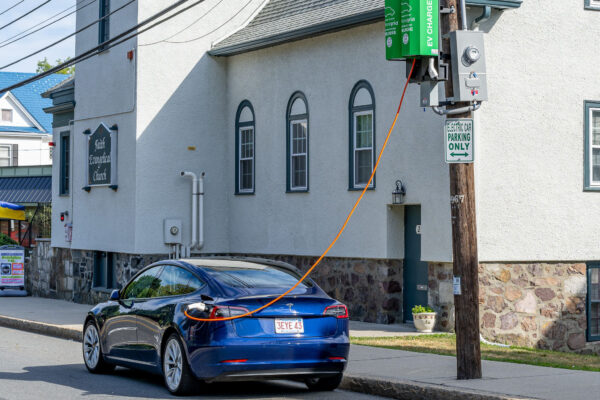 The City of Melrose is located seven miles north of Boston, Massachusetts, with a population of 29,000 people. The City has long been committed to sustainability goals and was one of the first cities in the Commonwealth to be designated as a ‘Green Community’ in 2010. One of Melrose’s key areas of focus is electric vehicle (EV) adoption and infrastructure.
Along with its public Level 2 charging at the City Hall and Cedar Park parking lots, the city is now home to the first ever pole-mounted EV chargers on the east coast. This innovative technology is conveniently located on nine utility pole locations throughout Melrose, and allows drivers to charge up to 9.6kW, compatible with the average speed of a level 2 charger. To use these chargers, EV drivers simply scan a QR code from the pole using an application called AmpUp; once scanned, the charger lowers itself down from the utility pole to plug in. The City of Melrose worked closely with National Grid to install 15 of these pole-mounted charging ports in nine different locations around town, allowing residents who may not have access to home charging the ability to charge.

“To me that’s the whole point – making owning an EV affordable and easy for apartment dwellers or anyone without a garage or driveway to charge.”
– Martha Grover
Sustainability Manager, City of Melrose.

The City has also worked closely with the National Grid Fleet Advisory Services Program (FASP) to analyze its fleet inventory. Currently, there are four EVs in the City’s fleet, with plans to add more in the near future. As of July 1, 2022, the city adopted an Electric Vehicle First Fleet Policy, which states that electric vehicles must be considered first for fleet replacements or additions.

Additionally, the City of Melrose is focusing on implementing the newly launched Net Zero Action Plan and looks forward to continuing with other energy projects around the city.